Which Celebrity Is Banned From Playing Blackjack at the Hard Rock Hotel & Casino? 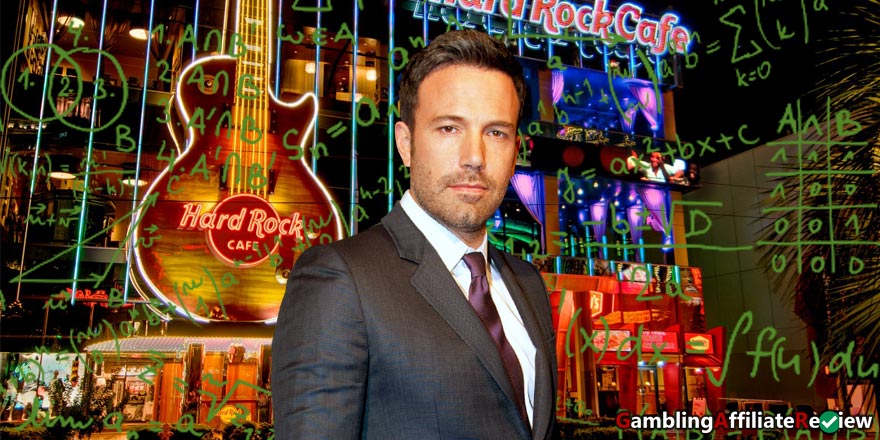 The answer to this question is no other than Ben Affleck who was caught counting cards at the Hard Rock Hotel & Casino in 2014 and got banned for it. There is no official proof though of Ben Affleck counting cards in Las Vegas, except for the fact that he has pretty much admitted to it.

He has revealed that he got interested in blackjack because he knew people could get an advantage in the game and that he got to a point in life where anything worth doing should be done really well. So Ben Affleck learned blackjack and became a master of it, which of course means counting cards.

When he was caught at the casino the security staff told him that he was too good at the game, thus couldn’t be allowed to play it anymore. Some sources have reported a full ban from the Hard Rock Hotel & Casino, but Ben Affleck was only banned from blackjack and no other games.

There are many blackjack stories out there, but not many revolve around celebrities counting cards. Ben Affleck is not the only one though, but you can actually find one more that got banned further down in this article. Below you will also find a couple of answers to questions that might have come to mind when reading, such as how you can get caught counting cards and if it is illegal to do so.

How Do You Get Caught Counting Cards?

It depends if you’re acting alone or in a group. As a single individual counting cards, the security team at the casino will look for betting patterns. They are well aware of the fact that people try to get an advantage in casino games so they will always be on the watch, watching players through security cameras and by walking on the floor being dressed as players themselves.

If a player is constantly increasing and lowering his bets, this would definitely be a warning sign of a card counter. Looking at the player’s facial expression – if he seems concentrated and his eyes are constantly following the cards – could further acknowledge the fact that he is counting cards and living the professional blackjack life.

When it comes to busting a team of card counters, it’s all about noticing the signs the blackjack players are giving to each other. As you may or may not know, the strategy of a team is to sit at individual tables and invite each other once a table is profitable. Just walking up to your friends asking them to sit at the table would of course give the card counting away immediately, so you have to have methods in place on how to signal each other.

Is It Illegal to Count Cards in Las Vegas?

Contrary to popular belief, it is not illegal to count cards in Vegas or anywhere else in the US for that matter. You can never get in trouble with the law for counting cards. The act is, however, frowned upon by the casinos as their revenue is at stake and as long as you are located in their venue they are allowed to take action into their own hands.

What Happens if You Get Caught Counting Cards?

Usually you will only get asked to stop playing the game. However, if they remember you from previously counting cards as well they may very well throw you out. You can even get banned from the casino and if you’re known to be a professional card counter a photo of you will likely be shared with other venues as well. If so you’re at risk of never playing blackjack in Las Vegas again.

Have Other Celebrities Been Banned by Casinos Too?

You bet! Not necessarily from counting cards at blackjack tables though. However, the list of celebrities that have been banned from casinos include Paris Hilton, Vince Neil, Dana White, Colby Covington and Allen Iverson.

Paris Hilton was banned from the Wynn and Encore resort in 2010 as she was caught having gum in her possession. Well, that’s what she claimed. What the officers found was actually cocaine.

Vince Neil, who is the lead singer of Mötley Crüe, was banned from the Palms Resort in Las Vegas in 2012. The resort says that inappropriate behavior at a restaurant, followed by bad mouthing the resort on on Twitter was the cause.

Dana White, a UFC celebrity claiming to be one of the most banned blackjack players in Las Vegas, is said to have been banned from four casinos, including the Palms twice. The reason is simply winning too much, which tells us that he is probably pretty good at counting cards.

Colby Covington, another UFC profile, was banned from the Palms in 2019 for getting in a fight in a buffet line at a restaurant. What’s funny about this is that videos as well as witnesses are saying that Colby wasn’t the one starting the fight, yet he was the one who got banned.

Allen Iverson might take the prize of celebrities getting banned from casinos. This NBA star was banned from the Bally’s Resort and Casino in 2014 for taking a piss in a trashcan on the casino floor. If you have to go you have to, right? This hothead has also been banned from the MGM and the Greektown casinos in Detroit for being a bad loser and overly aggressive towards staff and players.