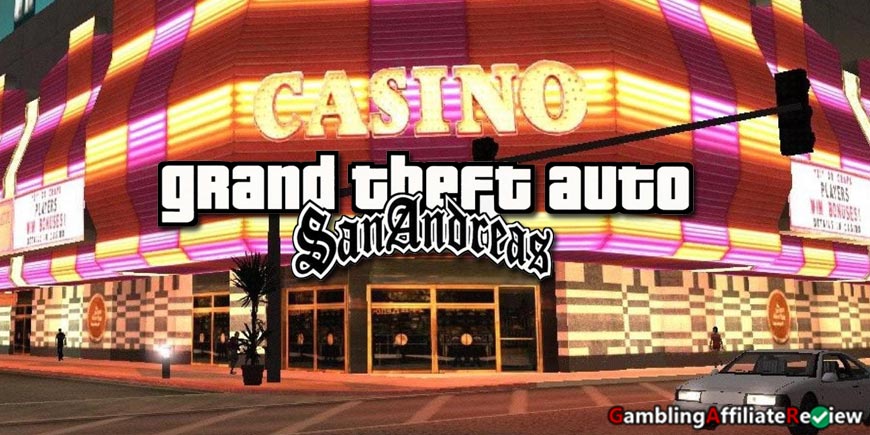 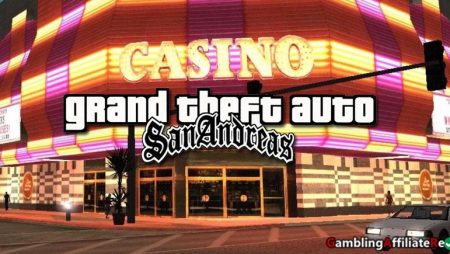 Video games in the Grand Theft Auto series tend to be associated with car chases and gunfights. However, the 2004 installment GTA San Andreas also offers gambling as a mini-game feature. Real-world money is not used to place bets. Instead, fictional in-game currency is utilized.

The story takes players through satirical depictions of three different cities. The first two are inspired by Los Angeles and San Francisco. Towards the end of the narrative, a new location called Las Venturas is unlocked. It is clearly influenced by Las Vegas.

There are several casinos that the player can freely explore. They are modeled on real-life gambling establishments. When the character enters one, it is possible to play a variety of gambling games.

This casino has an East Asian theme. It appears to be based on the Imperial Palace, which operated in Las Vegas from 1979 to 2012. GTA San Andreas players can use the Four Dragons to play blackjack, roulette, slots, video poker, and a wheel of fortune. This provides a very varied gambling experience.

It is possible to spend entire gaming sessions just placing wagers. There is a save point at the entrance of the building. If the player loses too much money, they can revert back to an older save and try again. When this technique is used over time, it will allow players to accumulate millions of in-game currency.

The name and interior suggest that this casino is inspired by the iconic Caesar’s Palace. There are also water features reminiscent of the ones seen at the Bellagio. The wagering games available are similar to those available at the Four Dragons.

The casino is owned by enemies of the main character and is the setting for a heist mission. However, this does not affect the player’s ability to enter it and gamble. An elevator on the casino floor will lead to a vault where money is stored.

Players can sometimes overlook this casino. It is not clearly marked on the map. Furthermore, no story missions take place within it. The Casino Floor is much smaller than other accessible gambling establishments on casino utan svensk licens. It is the only one to offer pool games.

Suppose players are looking for a more laid-back and understated wagering experience. In that case, this is the ideal casino in GTA San Andreas.

The main difference between the Emerald Isle and other casinos on this list is the fact that it is inaccessible. Only the exterior of the building is featured. In one mission, players must land a helicopter on the roof. It is one of the more eye-catching casinos in Las Venturas. Judging by the Irish theme, it is clear that Fitzgeralds was the main inspiration for the Emerald Isle.