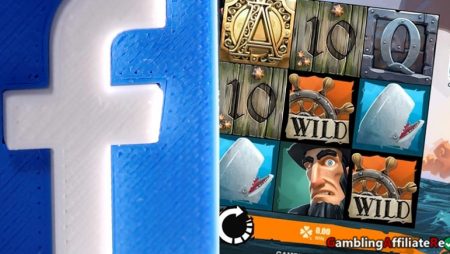 The most popular online casino games are slot machines. There are hundreds, if not thousands, of slot games to choose from, so you’re unlikely to run out of alternatives.

However, not everyone who enjoys gambling wants to spend money on slots; instead, they prefer to play these games in a social setting for free. If you’re one of these people, Facebook casino slot games are a great way to pass the time.

We’ve combed through all of Facebook’s casino games to bring you the top 10 Facebook slots.

Read our comprehensive list of Facebook slot games to learn about the most engaging and high-quality online slots of all varieties that you can play for free on Facebook.

Check out: Complete Guide to Facebook Games – How to Play, Cheat, Delete and More

A classic 5-reel, 3-row, fixed-payline slot machine with a maximum bet of 50,000 coins and a pirate theme.

When you land three Jackie’s Treasures at the same time, your Wheel bar fills up and the spin becomes Wildly Rich, doubling your wins.

For as long as you want to play the social casino game, that’s more than enough!

Wild Howl is a gorgeous Facebook slot game with some fantastic gaming elements. It has a multitude of personalized symbols and plays nice and fascinating music, making for a really immersive game experience.

There’s also a howling wolf, an owl, moose, woodland bunny, and squirrel, in addition to the normal 9 to Ace symbols. A scatter symbol in the game is a wolf’s paw, which provides you with free spins.

Despite the large number of featured symbols, this Facebook slot is simplified and simple to play. You can also utilize the autoplay feature to have the game spin for a certain amount of times.

Despite the fact that you can’t win real money playing this slot or any other Facebook casino game, the sheer brilliance of the design makes Wild Howl one of the greatest Facebook free slots available right now.

When you play Caesars Casino free Slots on Facebook, you must spin the reels like a typical Slot.

A fixed number of paylines and a maximum stake of $100,000 are ideal for setting up massive payouts. Each spin can be multiplied by x5 thanks to the On Fire Multiplier.

You may also get a multiplier of up to x30 with the Shamrock Quest Bonus!

The Moby Dick slot ticks all of these boxes, whether you’re a lover of the novel Moby Dick, enjoy sea-themed slots, or are simply searching for a basic and easy free Facebook game to play.

To give adequate variety on the reels, this slot includes some generic pictures. Card values from 9 to Ace are represented by these fundamental symbols.

This falls short of the full immersion of fully customized symbols, but the Moby Dick slot’s overall design and background make up for it.

There’s also some tense music that adds to the whole “whale-hunting” mood that you won’t find in other Facebook casino games.

House of Fun, a slots-only gambling app, offers 99 such alternatives. Traditional casino-style slots and themed games like Frankenstein Rising, Neverland, Three Tigers, and Beast are among them. This Facebook app is also available for download! As a result, you’ll be able to use the same program on your smartphone or tablet. That’s what we refer to as adaptability!

However, regardless of which device you choose to play the game, you will be connected to Facebook’s network. As a result, you’ll be able to speak with all of your friends, send them presents, and connect with them via the chat option. Isn’t it amazing?

Zynga is one of Facebook’s most popular gaming apps, developed by the same name firm. It was initially released in 2007 and soon developed a global following of 38 million players. Despite the fact that competition became more intense after 2018, the game remains one of the most popular among users.

Zynga concentrates on poker games, as the name implies. Specifically, on the popular Texas Hold’em variant. When you arrive there, you have the option of joining a normal table or inviting others to play with you. That is, after all, the appeal of social gambling! You may also choose between a casual and a VIP table, as well as participate in tournaments. You may also swap presents with your Facebook pals to enhance your talents while also assisting them.

We arrived at a game that is ideal for the everyday bingo player. Playtika Limited released Bingo Blitz in 2012. It may be accessed directly from Facebook, as well as downloaded via the App Store and Google Play. And here’s a hint: it will load much quicker this way!

If you’ve ever played bingo, you’re already familiar with the rules. But don’t worry if you haven’t! This game makes learning the rules and getting acclimated to all of its features a breeze. Plus, if you like bright colors and animated characters, that’s even better!

Panda Chi is a great illustration of how Asian-themed slot games have a distinct and pleasant feel to them. This game is aesthetically appealing, with gorgeous symbols such as the golden turtle, golden lotus, and Yin-Yang symbols.

This Facebook slot is a basic game that is perfect for novices. You can just set your bets, pick an automated max bet, and spin the reels, thus there aren’t many gaming alternatives.

Other than that, there are no other interactive elements. This is not to say that Panda Chi isn’t entertaining. This Facebook slot will keep you on the edge of your seat the entire time, thanks to its 243 chances to win.

This slot offers essentially comparable features as Panda Chi in terms of gameplay design, including basic options like customizing your bet sizes and spinning the reels.

The design is cartoonish, as is typical of many Facebook casino games, and it features a golden background with train lines flowing through the mountains.

A female conductor, an old magician, and a charming puppy are the primary characters in this Facebook slot game. There are also some general symbols in the slot, such as card values.

More notably, it has a wild symbol, a Caboose Bonus, and up to 240 free spins as well as other bonus features. You may also use multiplier functions to increase your currency total.

Civil Treasures is a fairly detailed slot game with a slew of bonus bonuses. You can hire four different explorers on your journey: Columbus, Nikitin, Magellan, and Cheng Ho, giving the game a feeling of development.

You may also unlock additional ships, which will grant you numerous perks that will improve your gaming experience, making this one of the greatest Facebook slots.

With such a complicated slot game, you may expect to see scatter and wild symbols, which will reward you with several additional bonuses. The Temple Adventure bonus is one among them, as are the free spins bonuses.

The other slot symbols are likewise distinctive, so unlike most free Facebook slots, you won’t discover any generic imagery.

The social gaming industry has grown to become a multibillion-dollar business. Popular casino games like poker, bingo, and slots are now offered by a slew of firms. However, Facebook’s bold approach has resulted in the development of various games in recent months, particularly in the slots category, helping to shape the future of social gaming. A growing number of game developers are either making their games available on Facebook right now or working on ways to do so as soon as possible. For the time being, users may locate a range of programs where they can play slots for free.

The number of online slots games available on Facebook is rather impressive. There are now hundreds of them, giving gamers a wide range of entertainment possibilities. As a result, millions of people play every month, and the numbers are growing even as you read this article. Many social gaming companies are following in Facebook’s footsteps and launching their own offerings.

Facebook continues to prosper in a highly competitive climate, despite the expanding number of firms producing slots games to entice gamers. Its success can be attributed to a single factor. The firm creates some of the most visually stunning and addicting online slots available. Furthermore, the organization is largely a social gathering place with the added bonus of free entertainment, which most users find appealing.

We wish to highlight the greatest organizations that develop these games, in addition to sharing with you the best particular free Facebook slot games you should check out.

The three suppliers we’ll discuss are the most well-known Facebook free slot creators, and they’re responsible for the majority of the games on our list. We recommend checking out what these firms have to offer first while looking for new slot games on Facebook:

Zynga is most known for its popular Facebook poker game, but it has expanded into a variety of other areas over the years. This well-known gaming company has also designed several intriguing slot games.

Zynga produces slot games with amazing visuals and an immersive all-around design, backed by a hefty budget and a large crew. Both iOS and Android smartphones support Zynga’s slot games.

Jackpotjoy has been operating for a while and has earned a reputation as one of the best producers of free slot games. Jackpotjoy slots are noted for their excellent playability, excellent sound design, and a plethora of mini-games.

While the games from this source are basic and follow a tried-and-true pattern, they promise an enjoyable and interesting gaming experience.

When it comes to Facebook slot games, Slotomania is likely the second most well-known firm behind Zynga. It draws millions of slot lovers from all around the world and continues to grow in popularity year after year.

It has grown to become much more than just a Facebook casino game supplier. Slotomania games are now available on websites and as downloadable slot applications.