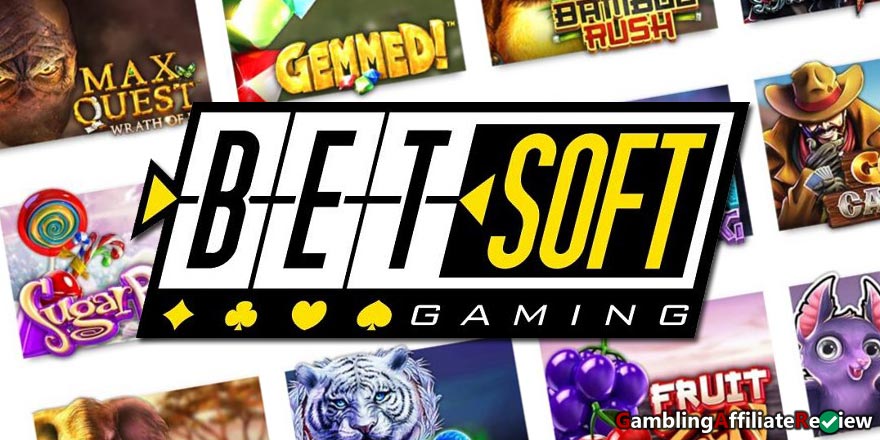 What BetSoft does best as a slot provider? Deliver cutting edge 3D productions to its clientele. Over the last 2 decades, Betsoft has earned itself a reputation as one of the world’s leading producers of 3D slot games. This experienced game developer has been around since 1999 and has learned how to subtly please their players. One of the ways they do so is by integrating start-of-the-art 3D into slot games and live up to the enormous potential online gaming has to offer.

This will, for instance, make you zoom in on the reels while playing a bonus game, making your gaming experience truly interactive and more intense than ever before. It will therefore come as no surprise that UK based Betsoft has been responsible for the launch of a long list of revolutionary features, including the integration of animated icons in slot games. Although it wasn’t an easy task to select the best 10 Betsoft slots ever released, we’re happy to say we did manage to come up with a very convincing top list. Let’s take a closer look.

A long, long time ago, the ancient Chinese Empire was ruled by dragons. At least, that’s what a well-known oriental myth says, and there are still a lot of Chinese that believe in this. We have to confess that we would almost start to believe it ourselves as well after having played BetSoft’s Dragon Kings. Luckily, the dragons in this slot game are very welcoming, and they might just help you win a great prize if you’re friendly to them as well. One of the main reasons players look forward to their encounter with the Dragon Kings is that they can give you wins of up to 2000x your stake. Are you ready to meet the dragons?

9. Legend of the Nile

There are also some Egyptian gods waiting for you because BetSoft will take you to Egypt in one of its most popular productions so far: Legend of the Nile. You will be taken to the mighty River Nile, where you’ll explore ancient Egypt while enjoying timeless myths and old legends. With a bit of luck on your side you can get ready for some major prizes as the British game developer has done it’s best to revitalize an old classic into a modern slot machine — spicing things up with amazing prizes. Things can become even more exciting when you make it to the other side of the river and get to Isis, Ra and Anubis. They might just award a progressive jackpot which is worth the crossing if you ask us.

This is one of the many 3D Betsoft slots that combines outstanding graphics and an excellent Payout percentage. Gypsy Rose is a slot game that was launched in 2014, but doesn’t lack any features to be still considered one of Betsoft’s most popular slots. These features include a wild symbol, crystal ball, re-spin and Crow Wild — explaining why players are still interested in this game years after it was launched. Now, take all these features and add some colorful graphics, and you’ve got yourself an all-round slot game that is hard to beat.

In Dr. Jekyll & Mr. Hyde you will need to deal with a wacky doctor with a split personality disorder. Our guess is that it won’t surprise you that one personality is good, and the other personality is bad. Jekyll & Hyde is a world-famous story that most people are already familiar with thanks to its popular novel, but BetSoft is one of the slot providers that decided to make a game about it. Anyone familiar with BetSoft will already know that the graphics in this game are top-notch even though the gothic novel dates back to the 19th century. If Dr. Jekyll & Mr. Hyde is (are) in a good mood he (they) can hand out a max win of $480,000.

6. The Golden Owl of Athena

One of the Betsoft slots you can’t miss out on is The Golden Owl of Athena. This slot is extremely popular and we fully agree with all frequent players of this game. Although the slot takes you to Greek’s capital Athens, its game play is quite simple and comes without too many extra features. Apart from a few free spins and a wild symbol, you’ll need to pay attention to the golden owl — as the more of these owls you see, the more your winnings will increase. Sometimes it’s the straightforwardness that explains a slot’s huge popularity.

The Fruit Zen slot machine is particularly interesting for fans of traditional slot machines. This game takes you to a beautiful tropical island and we all know what that means: tropical fruits to be found everywhere. Whether you really find your zen will depend on your winnings as well, but it can become very lucrative thanks to the joker that is waiting for your arrival. This joker gives you free spins which can lead to massive winnings. Still, Fruit Zen remains a game where you can sit back and enjoy the ride. For some reason it manages to combine peace and excitement and that might be the main reason why players love this Betsoft production.

One of the most popular games ever made by Betsoft and quite possibly the most played slot by Betsoft, Frankenslot’s Monster has definitely earned a spot in our list of top Betsoft slots. If there’s one Betsoft slot fans will have played most likely it’s this game and it’s fairly easy to see why. Frankenslot’s Monster is a 5-reel, 20 pay line slot with a low variance, insane graphics, and it always feels like you’re going to be the next winner. It’s true that the free spins aren’t always of great value, but with a low volatility, wins are never far away.

Faerie Spell is a game that has fairies, trees, dragonflies, butterflies, and wisps symbols. In other words: you’re about to enter a world of magic and fantasy. BetSoft has one again come up trumps again with a game packed from the top to the bottom with colors, bonuses, and magic. Although we wouldn’t expect anything less from this provider, it’s still great to say how 10 pay lines can rapidly increase to a massive 1024 in free spins. The game play in Faerie Spells is excellent, the graphics are superb, but it ‘s the bonus features that make the game hugely enjoyable. That’s exactly why Faerie Spells made it to our number 3 spot.

The ogre may be big and ugly, but BetSoft has done an excellent job in making the Ogre Empire a very attractive game. Betsoft is a software provider that makes other companies look silly because they make high-end productions look easy. Just like Betsoft’s Good Girl, Bad Girl, Ogre Empire also involves a game with 2 modes – a day and night mode: each of which provides its own interesting gaming experience. Through the day, the giant is fully awake which means you’ll have to take on the ogre giving you a heck of a challenge to overcome. But once he sleeps at night, it’s time to get the most out of your winning chances.

When Betsoft let the world know it was about to revolutionize online gaming, it immediately led to sky-high expectations among slot fanatics. Yet, the British always manage to live up to expectations and Max Quest might be the very best example of their innovative capability. If we tell you that BetSoft provides this game with a multiplayer environment, a leaderboard with interrelated prices, and multiple role plays — you might just understand why Max Quest is one of the many Betsoft gems that revolutionized online gaming once again. Max Quest will take you on a journey to Egypt to find lost treasures with a maximum of 6 players. Now go ahead and sit back, you’re about to start with a multiplayer adventure you’ll never forget.